Oliver Goldsmith, An history of England, in a series of letters from a nobleman to his son, Vol. 1 (1764) 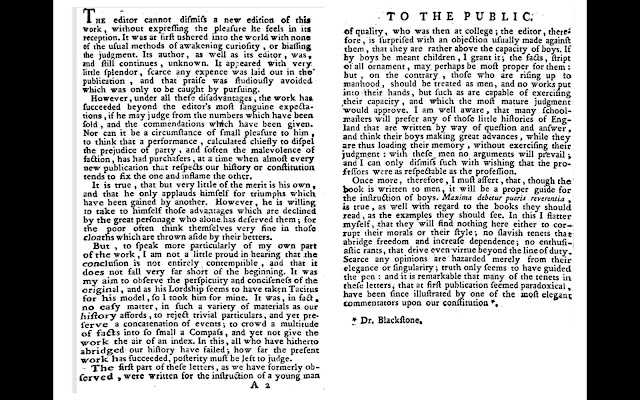 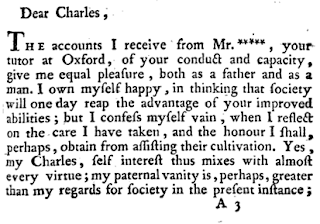 ‘From history, in a great measure, every advantage that improves the gentleman, or confirms the patriot, can be hoped for: it is that which must qualify you for being a proper member of the community, for filling that nation.. with honour.’

‘Children can never be too soon treated as men’

History teaches us to ‘think well’ and develop ‘a sound judgement’ rather than ‘talk well’ when it is learned. Rather than memorised as dry facts, the history that should be studied is that of the ‘motives’, ‘passions’ and ‘opinions’ of mankind 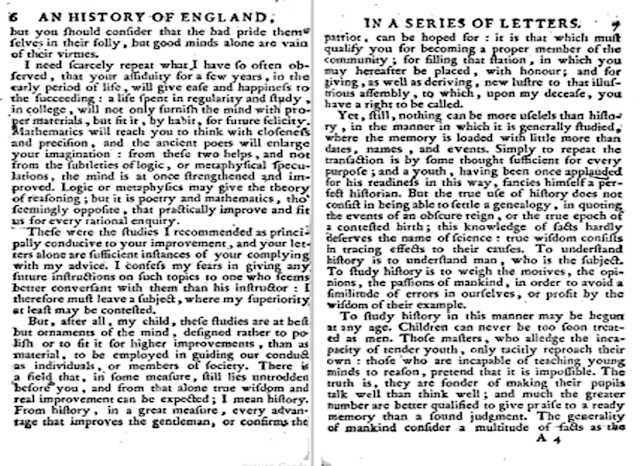 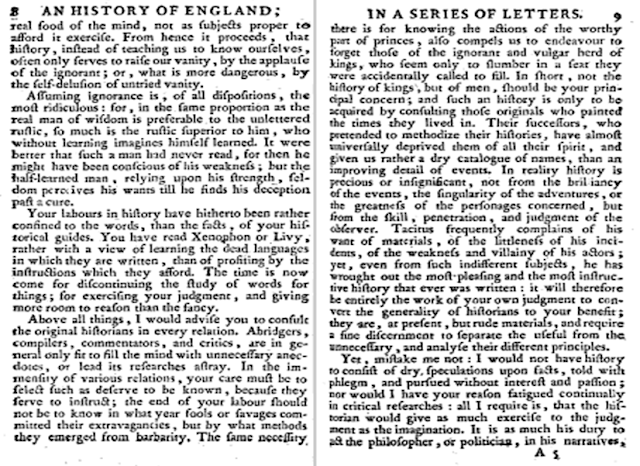 ‘Consult the original historians in every relation.’
***He advises that history is only significant if it is deemed so by the observer*** In other words, it is the selection of events and narrative representation of the past which provides meaning, not the events themselves- it is we (or historians) who write meaning into history, it does not exist in itself.
‘Your care must be to .. know.. by what methods they emerged from barbarity’ [how man has progressed]
‘The historian should ‘give as much exercise to the judgement as the imagination. 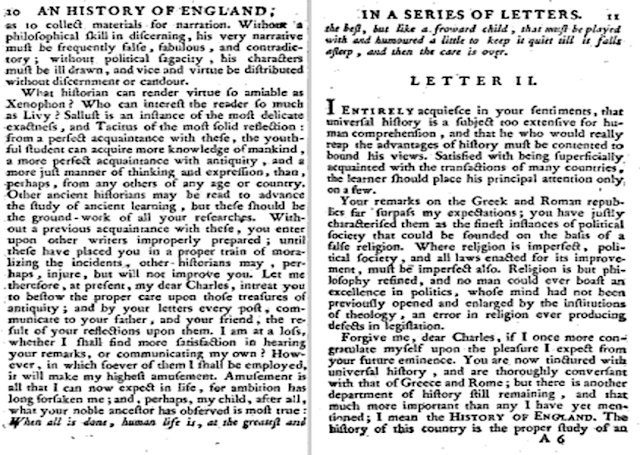 Points to note:
Communicate your thinking with ‘your father, and your friend’
The History of England is the most important study of history for this particular child because (as continued on the next page), as one of the elite, he is to be one of the people who will hold power, who will be running the country. 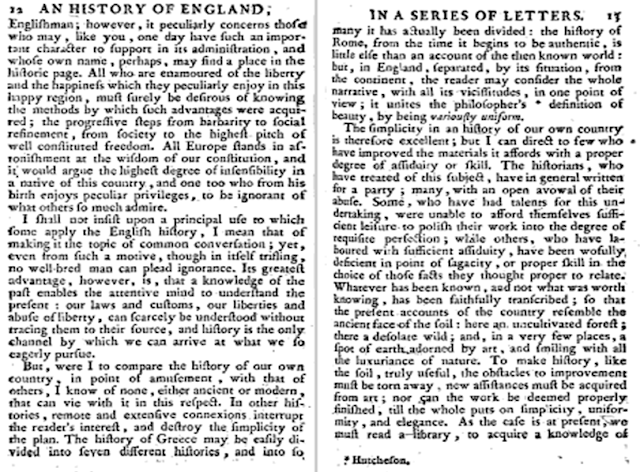 ‘All Europe stands in astonishment at the wisdom of our constitution’ so we should not, as natives, ‘be ignorant of what others so much admire’
He argues that the history of no other nation or empire can compare with England’s in amusing the reader.
England’s history, he further states, is uniformly recorded, well documented, thoroughly researched and complete (.. completely untrue) but, more importantly, he regards it as TRUE.
He claims writers of English history have been open about their historiographical method and their bias where they have written political ideology into their work but others have been completely impartial.
Posted by Unknown at 03:53

The Knife of Never Letting Go